Yep. The Pilot Project. It has a nice ring to it, we think.

Based in the Old Cold Store, the Pilot Project is our other brew kit (as opposed to our main production kit based in the brewery). Our main kit has a 65HL capacity, or in other words, is capable of producing over 11,000 pints in one brew. The Pilot Project is a much smaller kit. At 160L, it is capable of producing around 280 pints per brew, which opens up a whole host of opportunities for us.

It means greater freedom to explore, experiment and push the boundaries of our existing knowledge. It’s all about research and development, which is how we landed on its name, the Pilot Project.

The Pilot Project beers aren’t about generating profit, in fact, the project is a break-even venture for us. It’s about going back to basics, toying with new techniques and approaches, and producing limited edition beers on a smaller scale.

Lead by brewer Danny Pearson, another motivator for the Pilot Project is for in-depth feedback and to generate a more intimate conversation around beer. Which leads us to our next point…

Where can I try the beers?

Please note: the Pilot Project launches are currently on hold until June. Please check back here for more info.

Every Wednesday at the Barley Twist we launch our latest Pilot Project beer. From 4-6pm brewer Danny is also on hand to answer any questions, receive feedback or listen to ideas for future brews.

We’ll usually launch one beer a week, in keg or cask.

The Barley Twist also now has a canning machine, so all draught beer can be bought to-go. (And there’s a nice 30% off discount on all takeaway beers, too!)

Check out the Facebook event here for more info! Be sure to let us know what you think, either in person at the Twist or by checking in on Untappd. 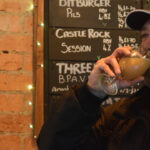 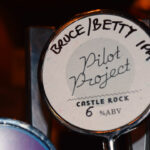 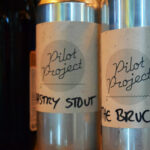 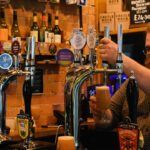 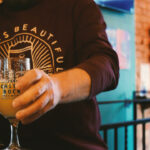 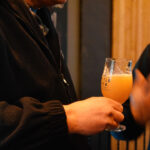 Hazy IPA with chinook and citra late hops, dry-hopped with a hefty dose of juicy citra. Fruity flavours and a light bitterness.

10kg of raspberries and Philly Sour yeast combine to give a juicy and fruity beer with a light, zingy tartness. A perfectly smashable summer beer!

An amped-up version of ‘The Bruce’ pale, with ‘The Betty’ thrown in the mix. Big citrus flavours and a resinous, piney bitterness, all over a hazy, pale body.

A base recipe for future pastry stouts, expect rich chocolate and coffee flavours with a thick, decadent mouthfeel.

Castle Rock x Black Iris – Above the Clouds, 8%, keg only

Castle Rock x Lenton Lane – This Side of Paradise, 7%, keg only

A crisp IPA packed full of Talus Cryo hops. Has a lovely floral aroma, with tangerine and coconut flavours.

A hefty addition of peach and pineapple puree give this beer bags of tropical flavours, with Philly Sour yeast bringing a lovely tartness into the mix. This is all rounded off by an addition of Madagascan vanilla pods to bring a touch of creamy sweetness.

We told you the pub was super local! An impy mild….because we love them.

Cabazon – our collab with Neon Raptor

Cabazon is a Castle Rock x Neon Raptor West Coast pale with bold assertive flavours. In balance, there's a sweet backdrop of robust flavours from the Golden Promise and Vienna malts. With the bitterness you'd expect from a West Coast pale, Cabazon also packs subtle notes of gooseberry, grapefruit and pine, with a sweet biscuity finish.

Nottingham Craft Beer Week. For those who love beer and good times, you don’t want to miss this. This week-long celebration is just around the corner, bringing together over 30 of the best breweries and venues from Nottingham and nearby. From Bang the Elephant to Black Iris, Totally Brewed, Magpie and of course, us at Castle Rock Brewery, there’s going to be an amazing selection of beer for all tastes!

Wow, What a Yard Party

How long has it been since we were gathered at a festival together? It certainly feels like a while. Well, at Castle Rock Brewery, we finally broke that three-year hiatus last month with the much-anticipated return of our Yard Party. In fact, it was so all-consuming that we’re only just getting round to doing our review now, almost a month later! At least that’s our excuse…